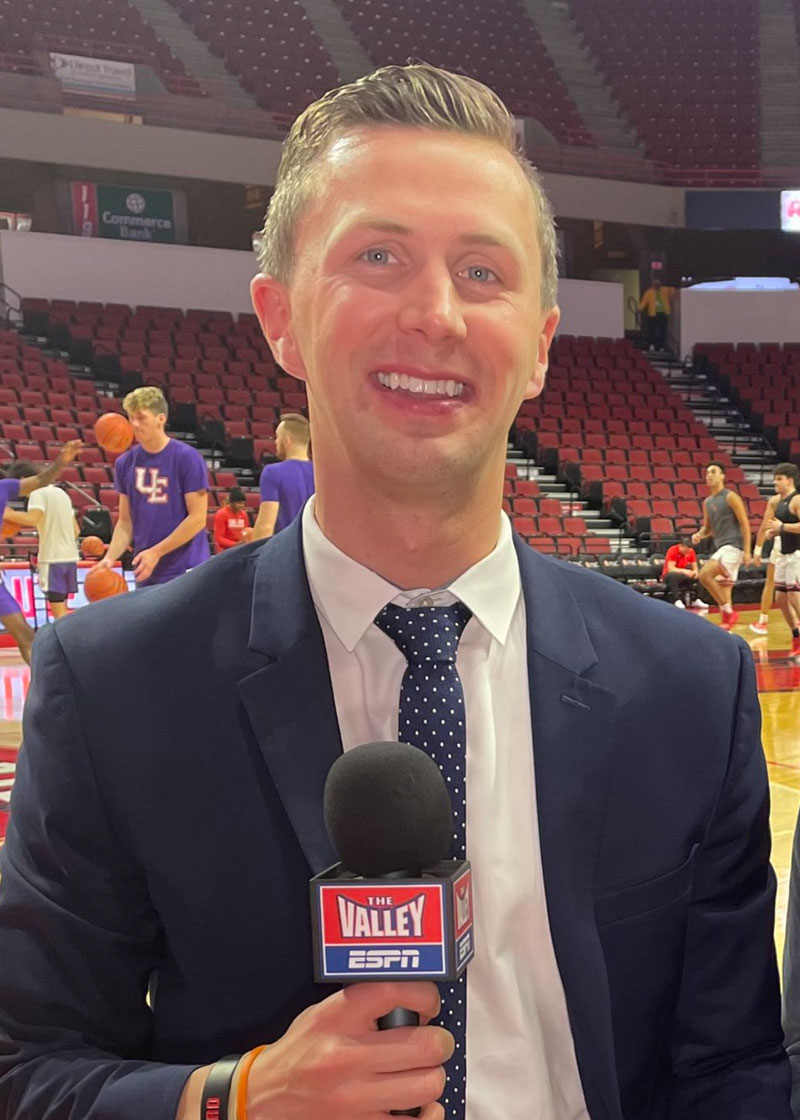 Sean’s role at Newbridge is to help grow the business, drive revenue, create meaningful relationships with the agency and brand partners, and provide input on existing partnerships. Sean primarily focused on connecting NMG to brand partners and helping grow our business in the Name, Image, Likeness space of college athletics. Sean started at Newbridge in October of 2022 in a whirlwind fashion. Sean talked to Tina on the phone, Kristin on Zoom, got coffee with TJ, Steve on Zoom and he had accepted an offer within the next few days. After his conversations with everyone here, He knew it was a place he wanted to be.

Sean spent the first eleven years of his career in college athletics.Sean got his master’s degree at Illinois State University in Normal, IL in Sport Management and while there, he got his start in athletics. He went from a marketing internship and working the desk at the rec center, to Development and Sales Graduate Assistant, before he started his full-time career as Director of Ticket Sales and Development, Director of Development, and finally as Associate AD for Revenue Generation. In that role, he had oversight of the outbound sales efforts, fundraising, and the Redbird Baseball program. In his time at Illinois State, He raised over $10M and funded projects for zero gravity treadmills, LED lighting in the roof of Redbird Arena, enhancements to student-athlete nutrition, strength and conditioning analytics, athletic training recovery, an Indoor Practice Facility, and a Hitting and Pitching Facility. He has won national awards for revenue generation, was selected for the TopConnect future administrators’ program, and was in the Bobby Purcell Mentor program through NAADD.

Sean attended Illinois Wesleyan University in Bloomington, IL where he was a four-year starter for the men’s basketball team, a team captain, am in the top-10 in career scoring, and was selected to the Order of Titans upon graduation. Sean is an avid golfer who is on the hunt to consistently break 80. He is addicted to OrangeTheory, and runs the most detailed fantasy football league where he sends out weekly recaps, power rankings, and keep a historical breakdown of the league, which is currently in its 12th season. Sean also lend his voice and brain to the Illinois State University women’s basketball program, where he is currently the lead analyst for every ESPN, Marquee, and ESPN+ broadcast.