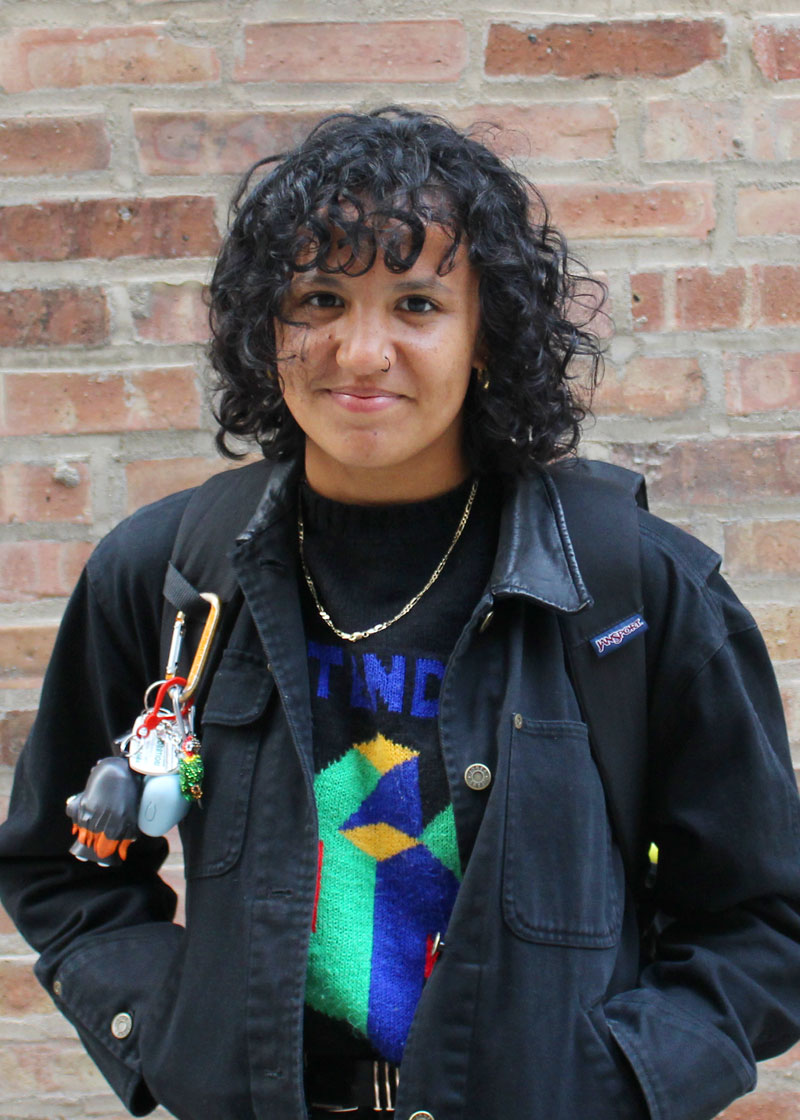 Alexis Gonzalez initially joined the Newbridge team in Fall 2021 as a Graphic Design intern based out of Chicago, Illinois. She just completed her Undergraduate degree with a Bachelors of Applied Science in Graphic Design from Roosevelt University.

Alexis pursued graphic design since it incorporates her large imagination, creativity, and fulfills her passion for art. Alexis has always been involved in illustration and art growing up from watching her mother paint boundless artworks. Now as a Graphic Design Specialist, Alexis is excited to grow as a designer by pushing the boundaries while continuously looking to innovate!

While not working, you can find Alexis trying to catch the next indie rock concert at every Chicago venue, admiring art pieces at multiple local galleries, playing pick-up soccer games, or DIYing her next design idea!

Alexis Trivia: “I’ve been playing competitive soccer since I was 6 years old! I don’t plan on stopping anytime soon or in the future!”